The Best Beer in Asia - Beerlao 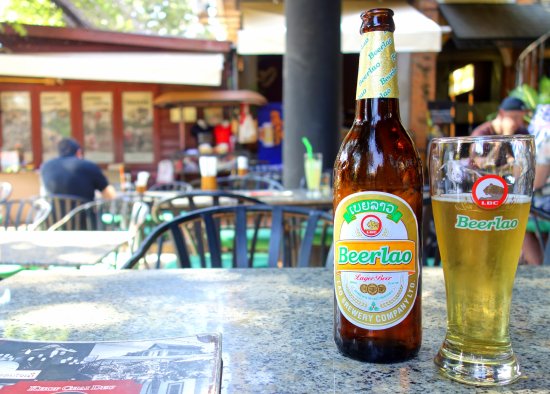 First launch in 1973, Beerlao has become the favorite choice of locals and tourists with more than 99% of the local market in Laos. Whilst unheard of elsewhere in the world, but everywhere in Laos, from the mountain highway to the big cities, you can see the presence of this local brand all across the street.

In terms of appearance, Beerlao leaves little impression. The beer has a rich yellow color but not an impressive white head. The bubblehead dissipates quickly with Beerlao without any lacing - a bit disappointing, but this isn’t a huge issue since this is common among consumer's bottled beer.

In terms of taste, Beerlao tastes quite phenomenal to what it appearance would suggest. Credit to Lao Brewery Company, the beer has a clean malt base and a surprising amount of decent spicy hops. Though the hops might not be the most bitter of its kind, they still provide more than enough bite to make a refreshing beer. Besides, the light carbonation and dry mouthfeel enhance Beerlao's reputation as a great thirst quencher.

The unique taste of Beerlao developed itself thanks to the brewing ingredients. With its partnership with Carlsberg, the three most important factor to brew a decent beer (hops, yeast, and malt) was imported from high-quality markets such as Germany and France. But the secret of BeerLao lies within a special ingredient, unseen in any other mainstream pale lager - locally grown Jasmine Rice, which gives Beerlao its crisp flavor.

With its quality, Beerlao is now being exported to many countries around the world. However, due to low brand visibility, this beer faced fierce competition against big brands like Heineken and Corona. As time goes on, surely Beerlao will make a name for itself at the global stage. As for today, if you are cruising down the Mekong river and you are feeling thirsty - remmember to get yourself a Beerlao!